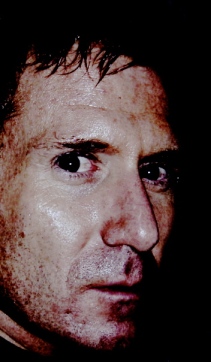 I’m sitting at the kitchen table, a plate with a few remnants of toasted bread in front of me.  This is one of my props, because as usual I have no appetite. One of my more clever tricks: toast the bread, butter it, break it into pieces – biting some for authenticity – and placing a few pieces in the garbage disposal. The remainder, arranged haphazardly on the plate, creates the illusion that I have eaten breakfast.  If Patrick believes I’ve eaten, he’s less likely to suspect I’m using.

(No appetite: one of the warning signs that I’m using meth again.)

He doesn’t waste time with preliminaries: “I’m giving you a drug test.”

Well, there it is.

“Okay”, I say briskly, “not a problem,” trying not to betray myself with a dry-throated croak or fear-induced waver in my voice.  Objecting to a drug test is a tacit admission of guilt. Of course, taking the drug test will be solid proof of it.

So I try to buy time, and add – with forced cheerfulness:

He stands in the hallway, continuing to regard me for a moment, his eyes too puffy with sleep…or maybe lack of it… for me to discern his thoughts, before heading into the bathroom.  I hear the door close with a loud click. The early morning is so silent I can hear him peeing through the heavy wooden door. Flush, the door opens, and Patrick returns to the bedroom, which means he’ll be getting back into bed and, if I’m lucky, falling asleep again for at least an hour, and if I’m lucky, maybe three or four. He’s been known to sleep past noon on some days, and I can only hope he’ll do so this morning. 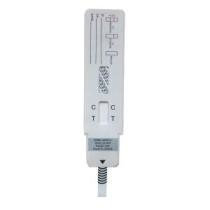 Immediately, a light surge of panic courses through me, and I rack my brain to figure out a way around this.  I feel trapped. How the fuck am I going to get out of this one? I’m certain he’s going to kick me out again if I test positive. My mind goes to the cardboard box in Patrick’s desk, full of mail-order, white cellophane wrapped drug testing kits.  Sabotage?  Maybe I can carefully open the test kit at the top and figure out a way to make those two lines representing a negative test appear.  Food dye? No, too difficult.  Magic marker?  That could work, provided Patrick doesn’t first look at the test strip before dipping it in the plastic cup of urine.   And how to seal the cellophane wrapper up again in a way that won’t be noticed?  Glue?  Maybe. Perhaps glue with a hot clothes iron applied to it would simulate a factory seal?  Too many risks, too many variables, I finally decide, and my mind moves on to other options.

Our three dogs, Jane, Steve and Sherman, are circling the table. Jane is yapping sharply. They want to be let outside to pee.  As I get up from the table to release them into the back yard, the idea arrives fully formed, stunning in it’s simplicity.

“Hang on, you guys” I say to them, opening a cupboard above the microwave and retrieving a medium-sized Tupperware bowl.  I peel the lid off, take the bowl and move to the sliding glass door that opens to the backyard.

I let Jane out first, using my leg to impede Steve and Sherman, slide the door closed trapping them inside, faces pressed against the glass in their eagerness to expel the contents of their bladders. I follow Jane, a small rust colored spaniel into the yard, my red-rimmed eyes squinting against the assault of the bright morning light.  Jane bolts for the lawn to the right of the pool, and I hurry after her.

I stay just a few feet behind her as she sniffs the lawn, circling, stopping, changing her mind, moving to a new spot.  After several false starts, she assumes a crouching posture, her chin tilted up, eyes squinted shut, her standard peeing posture.

Quickly, I squat beside her and try to leverage the edge of the plastic bowl under her hindquarters.  She startles at the intrusion, however, looking back at me with an expression of obvious irritation, scuttling away before releasing a single drop.

We repeat this awkward routine several times before Jane makes mad dash for the other side of the pool, where she squats, face twitching, and with panicked backward-looking eyes staring at me…relieves herself before I can reach her. “Dammit, Jane! Bad dog!” I snap at her, before heading back to the sliding door for attempt number two, leaving Jane in the yard to decipher this sudden episode of inconsistent discipline.

Sherman the Akita, wangly and twitchy from holding his bladder, barrels out of the house and past me the minute I slide the door open, and Steve, a fat, low slung black and white terrier mix, manages to bulldoze his way between Sherman’s legs and makes it outside too.

Cursing silently…knowing that two options for pee collection have been reduced to one, I watch as Steve heads to one side of the pool, and Sherman to the other.  I make a quick decision and take off after Sherman, trying to hold my  bathrobe closed with one hand, clutching the plastic bowl in the other. I stub my bare foot on the uneven brick of the patio, and unleash a torrent of hissed “fuck, fuck, fucks“.

I catch up to Sherman, who is sniffing around the overgrown tangle of vines lining the lawn, but for all his enthusiasm for getting out here, he is annoyingly slow at getting to the point.  I’m stalking him from behind, trying appear as  casual and uninterested as possible, when I spy Steve, across the yard, begin to lift his leg at the base of a large wild rose-bush.  Quickly calculating the distance, I make a decision and race towards him, bowl held out in front of me like a relay racer preparing to hand off his baton.

I’ve miscalculated, however, and by the time I’ve traversed the length of the yard, the rose-bush is dripping urine, and Steve has begun toddling off back toward the house, blissfully unaware that he has just totally fucked me.

I do an about-face and begin sprinting back to Sherman, who is now watering the lawn with his own steady stream of precious, meth-free urine.

I’m almost at him, bowl outstretched, bathrobe flopping open behind me like giant plaid wings, when I noticed two people on the road above our hillside home, out for an early morning walk silently surveying the Fellini-esque spectacle below them, four eyes and two mouths all wide open.

I do a another quick about-face, pull my robe closed around my nakedness, and trot quickly to the visual cover of our gazebo.

I wait several minutes until I’m sure the walkers have moved on, then screech out another guttural “fuck,” hurling the Tupperware bowl into the yard.

As I head back to the house to begin formulating plan b, words I’ve heard in my half-assed visits to places of recovery run through my head, the way such words often show up at the most inopportune times, totally killing a buzz or inspiring sudden guilt over being so absolutely incapable of grasping even the simplest mechanics of recovery.

The words that  come to me now are the same ones that have been floating into my consciousness with the annoying regularity of all those ignored jury duty summons piling up on my desk:

Those word sting me with their truth, and stay in my thoughts the entire day: ten minutes later, while I’m composing a Craigslist ad, offering to buy clean urine for $50.

They will still be with me an hour after that, when I’m deep in the San Fernando Valley at a stranger’s home – Patrick still asleep in our bed –  standing in a shag-carpeted living room scattered with children’s toys, walls adorned with several Jesus portraits, watching a bearded man piss into a mason jar while verbally belittling me.

“What kind of sick fuck,” he says, “pays someone for their piss?”

“Are you a sick fuck?” he asks, sneering at me, over the sound of bubbling urine.

He’s enjoying this. I hang my head, clenching and unclenching the cash in my hand, wanting to run, but knowing I can’t leave without that jar and it’s disgusting yet incredibly valuable contents.

I don’t answer the question, because it’s clearly rhetorical.

I am a very, very sick fuck.